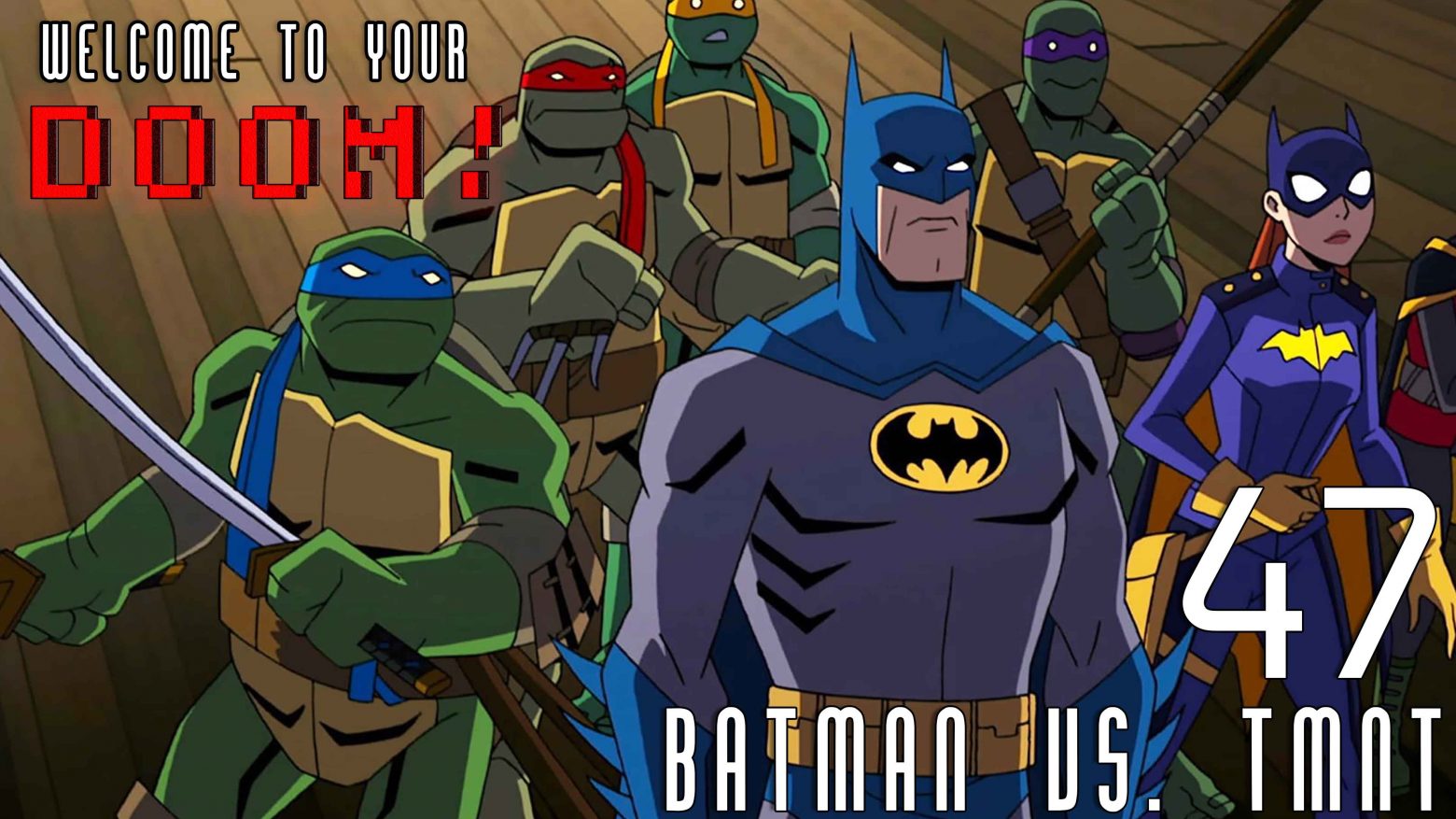 The Dark Knight vs a gang of giant teenagers. Sounds kinda silly when typing it out, but when those giant teenagers are also ninjas, mutant, and turtles, well you have something special. Batman vs TMNT is the latest animated DC film to be released and it has flown under the radar. Frankly folks, we, the harbingers, did not really consider watching this until I stumbled upon a clip of the shredder killing a foot clan ninja with a throwing star. It was a complete surprise.

In this episode, we’re joined by Michael, our resident DC Animated movie fanatic. To summarize the episode, we all enjoyed the hell out of this film. It’s fun, full of action, and has plenty of memorable moments. We definitely endorse this film. Is it a kids movie? Well…that remains to be seen.

We also have some preamble about the Joker film by Todd Phillips. It is receiving quite a bit of buzz and there is already Oscar buzz, including best actor for Joaquin Phoenix.

The Joker talk leads us into chatting about the Mortal Kombat 11 Kombat Pack which features the Joker, as well as Spawn, the Terminator and other Mortal Kombat staples. This addition is pretty epic, and including favorites like Shang Tsung and Nightwolf is a big deal. Gameplay for all of the characters isn’t available, but you can check out their character intro trailer here.