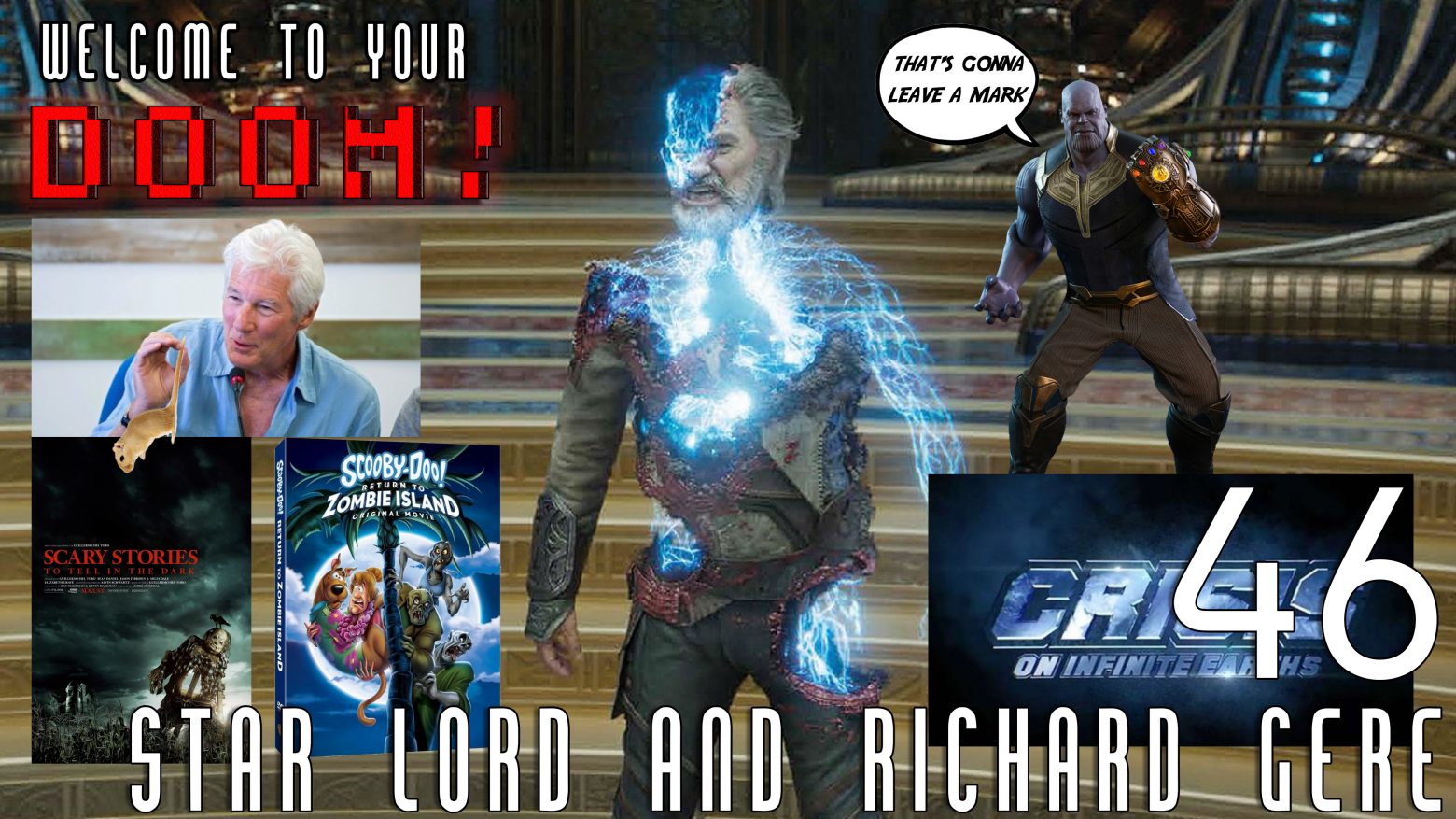 What Do You Call a Group of Gerbils?

Spoiler alert – Richard Gere has some involvement in the answer.

Atul and I discuss an interesting plethora of topics in this episode. They range from Richard Gere’s rumored association with the aforementioned furry creatures, and we revisit alleged blunders by characters in Avengers: Infinity War.

We also talk a bit about the new Titans season coming soon, Scooby’s return to Zombie Island, and the upcoming CW Crisis on Infinite Earths.

Justin, Atul, and our special guest Antoine discuss the most recent entry in the Marvel Cinematic Universe, Spider-Man: Far From Home. All the usual suspects from the MCU are back for the final entry in the Infinity Saga including Aunt May, Happy Hogan, MJ, Ned, and Nick Fury. Also joining the party is the mysterious Mysterio (yeah I just did that).

Overall Spider-Man: Far From Home is worth a watch, does a good job as a bookend to Avengers: Endgame, and teases what is to come in the future for the MCU.

In other MCU News, Marvel dropped their future film/TV lineup at San Diego Comic Con 2019. This includes a Jane Foster led Thor film, a Dr. Strange sequel that will dabble in the horror genre, and most importantly plans for a new Blade. The original Blade, released in 1998, is a massively important film for Atul, Antoine, and I. It paved the way for later comic book franchises, and proved that leather clad, muscle bound heros could work on the silver screen.

The enormity of this announcement, and the near perfect casting of Mahershala Ali, is a major cause in the length of this episode. When Antoine states his appreciation for the film, Atul and I kinda lose our shit. There’s at least a couple Blade tangents this episode, so hopefully you enjoy the tales of the Daywalker as much as the boys do.

Antoine’s an old friend I met through my wife, and the man is a wealth of comic book knowledge. He’s featured often on the podcast Crash and Flow, another Ontario based podcast in Canada. Crash and Flow cover all kinds of topics across movies, TV, sports, social media, fitness, and much more. It’s entered my regular podcast rotation and should be in yours too.