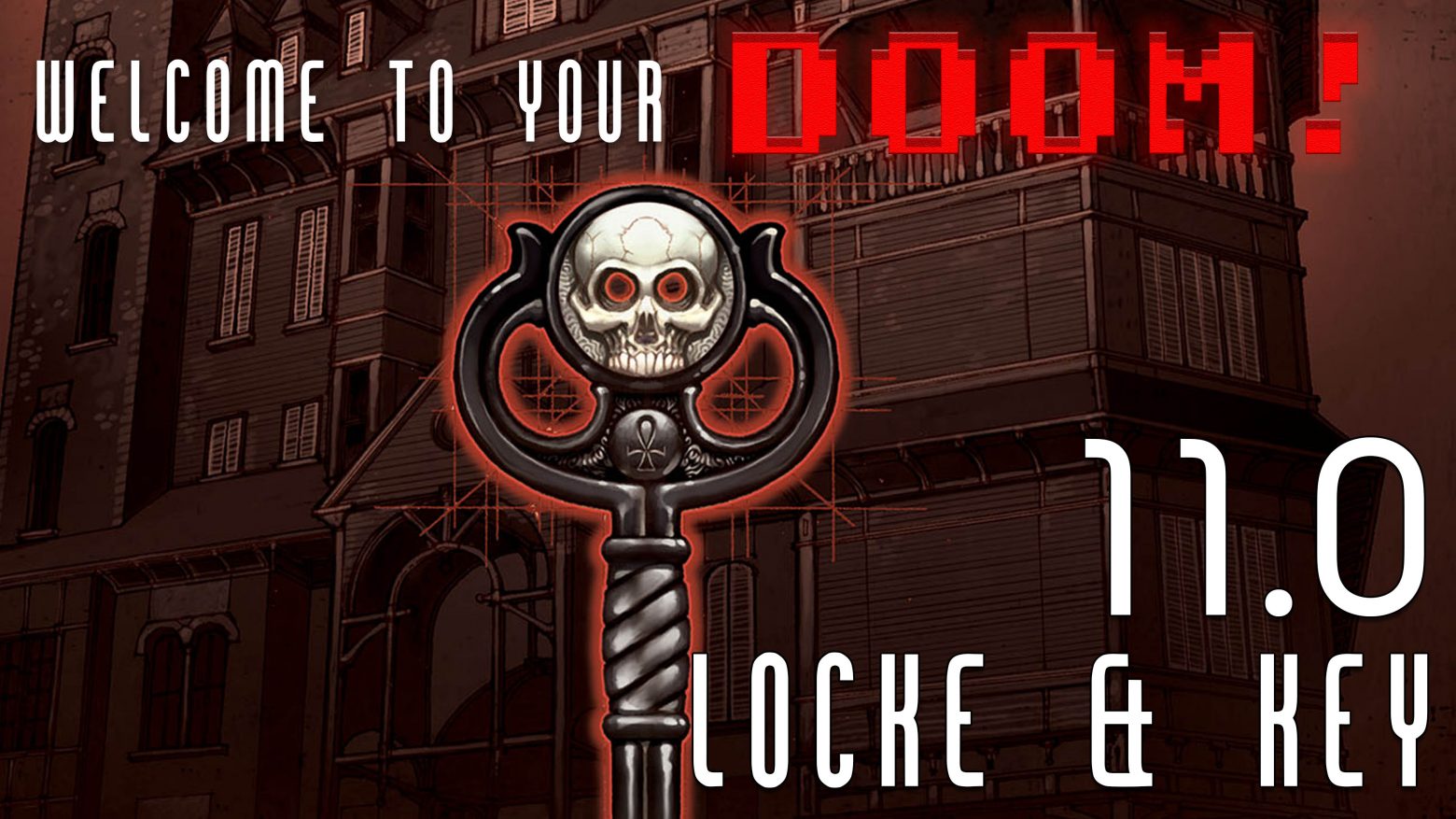 It’s about damn time! We are finally, after long last, talking about the fantastic graphic novel series Locke and Key. Written by Joe Hill and illustrated by Gabriel Rodríguez, Locke and Key has been featured in our podcast several times over the last few episodes, and now it gets its due!

Locke and Key was captured in a wonderful 3 volume collection by IDW called the Master Editions which contains the entire run of the series. In fact, IDW’s book quality is top notch in general. Justin owns a good number of IDW books, including several of the Transformers IDW collection books. High quality paper stock, crisp hard covers, excellent prints, and a little built in cloth bookmark to round out their expert graphic novel craftsmanship.

Locke and Key is a story about the Locke family having to return to Lovecraft, MA to Locke family grounds known as Key House. After tragedy strikes, Tyler, Kinsey, Bode, and their mother Nina leave California for Massachusetts. Soon after moving to their new home, Bode discovers a door and key that allows his corporeal body to die, and his spirit to become a ghostly spirit. He has discovered the Ghost key, and this is the introduction to the world of the magical keys scattered throughout Key House. Bode also discovers a terrifying secret about the wishing well on their new land. This is just the beginning of the story…

The series ran from 2008 to 2013. There were also several short stories that featured tales about Key House with completely new characters. We whole heartedly encourage folks to check this series out. It’s an excellent gateway to the world of more mature graphic novels. No flights. No tights. Just amazing story telling, breath taking art, and characters that you will certainly remember for a long time.