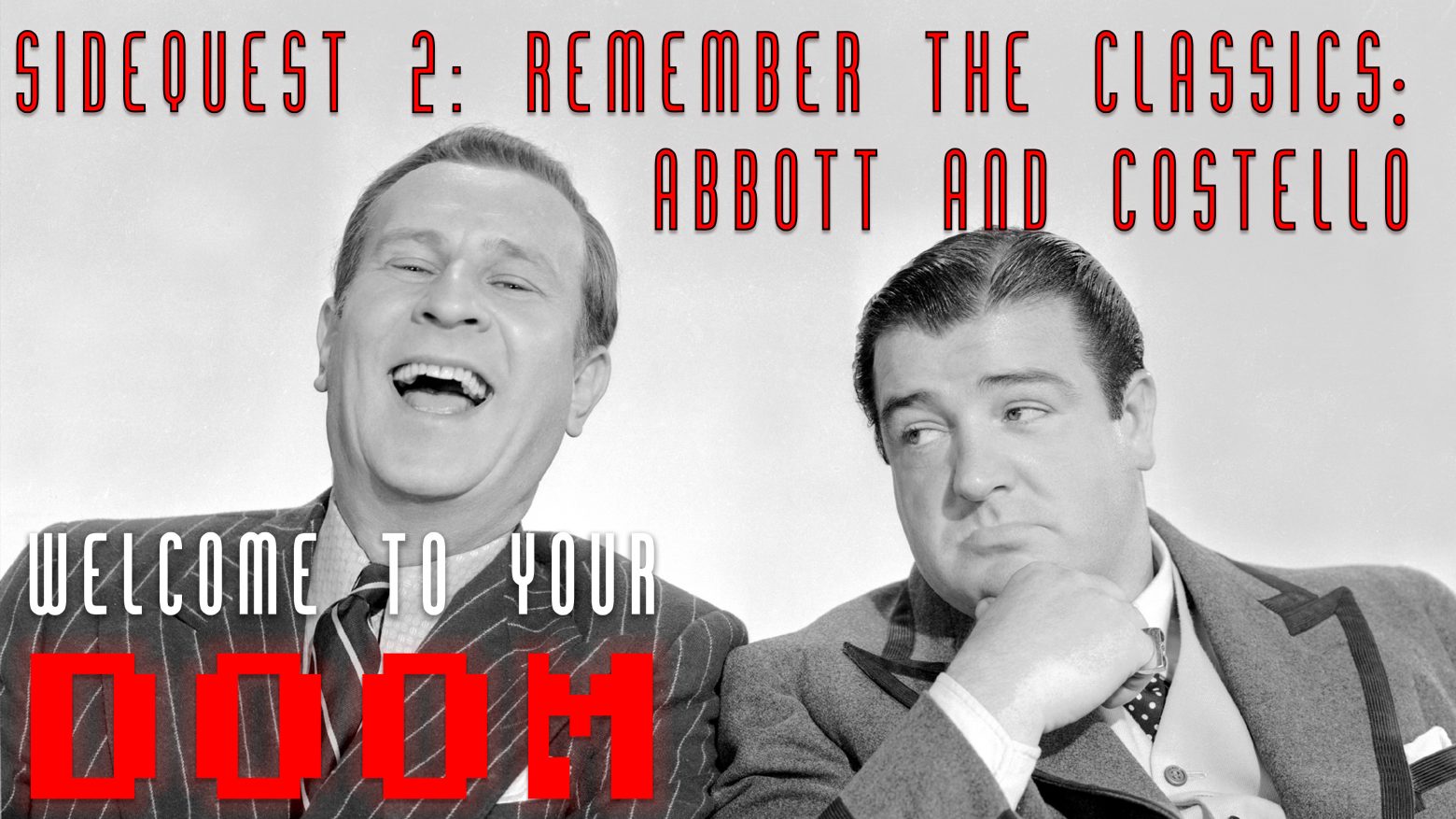 Remember The Classics: Abbott and Costello

Abbott and Costello were a staple of my childhood growing up. I was born in the mid 80’s, so that wasn’t quite their era, but my parents insisted upon showing us their work when we were young and my siblings and I fell in love. But will artform stand the test of time?

Anytime’s a Good Time for Bud and Lou

Skip ahead to October 2017. My wife and I were getting ready for our 2 week vacation which is never a fun process. It usually involves cramming into a single day the amount of work you would need to achieve over the number of days. This helps us stay sane while we’re travelling, and helps ensure we don’t come back from vacation into a clusterfuck.

Anywho, as we were pulling our all nighter of working and packing I decided I needed something on in the background to keep my brain occupied. I needed something familiar to occupy my thoughts so I threw on Abbott and Costello meet Frankenstein. This film was released in 1948 and featured Bela Lugosi as Dracula, Lon Channey Jr. as the Wolfman, and Glenn Strange as Frankenstein’s Monster. This movie had it all for us when we were kids. Monsters, slapstick, one-liners, laughs, shocks, and even a scare or two. Everything a growing boy needs. My brother Mike and I had seen that movie so many times that I could visualize everything happening on screen without even watching. This film was that much of a classic for us.

Then it dawned on me. Our parents introduced us to Abbott and Costello well over 40 years after they were actively performing . They grew up on it, payed it forward to us, and I honestly can’t thank them enough for introducing this world to us. The classics. Legendary comedy duos who’s work, in my opinion, deserves to stand the test of time. Unfortunately, I worry that it was not shared enough with my generation in general, and shared even less with the newer generation.

I don’t know how typical it was in the late 80’s and 90’s for parents to share films from the 40’s or 50’s with their kids. Is it because most children simply don’t have the attention span for movies that are considered “old”? I mean, how can some black and white film contend with Teenage Mutant Ninja Turtles, Transformers, or Sesame Street? Are these films better or worse to show kids when they’re younger? Is it even worth showing them? I certainly think so.

Before my little sister came along, classic comedy duos were a staple of my brother and I’s childhood. It was just Mike and Justin. Mike was the clown, and I was the straight man. We had a fun dynamic, or so I remember, that was heavily inspired from the comedic relationships we saw on film and bonded us together even moreso than we already were. As we grew older, some of our tastes matured, as they do for everyone when the grow up, but that bond is always there for us.

I fear today that the classics are getting lost in the shuffle. There is so much content that’s easily delivered at a breakneck speed that youngsters aren’t being exposed to the more classic forms of comedy or film. It’s super easy to find Paw Patrol or Dora, but unfortunately these older films and shows aren’t nearly as easy to access or widely advertised as newer titles.

We had limited options in the 80’s and 90’s. It was either TV or VHS, and VHS’ were a bigger business to watch films then than they are now. I find myself throwing on a DVD or Blu Ray even less these days, but that’s all we had then. When that’s your only option, you’d get up off the couch and throw that little box into the cassette player and watch your movie. Sigh… I guess it was just a different time, and I’m just getting old. But when kids today haven’t even seen the original Wizard of Oz, that makes me sad.

Standing the Test of Time

Back to my original point. Can Abbott and Costello truly be living on in history if no one’s learning about them or appreciating their craft? They are on wikipedia, and you can google them, but these guys shouldn’t be read about like a history assignment. Their art form was comedy, and to appreciate the art, you need to watch them perform.

If you read the “Who’s on First” bit, it’s just confusing. But watching Bud and Lou put on that entire act was a thing of beauty. It’s so well constructed and their performance is legendary. Abbott plays it 100% straight, outlining the baseball team’s roster as a matter-of-fact. Costello just gets more and more frustrated as the performance continues, both audibly and physically. Some of their films were a mixed bag; some were hilarious, some were just more of the same. The Naughty Nineties, Meet Frankenstein, Hold That Ghost, and Jack and the Beanstalk were some that stood out for me and my family. They probably aren’t their best films, but they were the ones we were exposed to first and thoroughly enjoyed.

Abbott and Costello were among the most bankable box office stars throughout the 40’s and early 50’s and starred in both film and television. Their original claim to fame though was in the late 1930’s over radio where they performed their “Who’s on First” routine. The video below is the duo performing this classic routine that is a foundation on which many comedy bits are built. This is from the film The Naughty Nineties and is as clean and polished as this routine can be.

Check Out Their Work

There’s a plethora of Abbott and Costello videos on YouTube today. I highly encourage anyone who hasn’t seen much of their work to look it up. I certainly encourage you to watch some of their films in their entirety as well. Consider YouTube the appetizer, or introduction, of this classic duo’s larger body of work. If you have children and you enjoy their work, please share their art with the younger generation. As I mentioned before, these two men were comedy and box office gold, and for good reason. It would be a shame to see them fade off into obscurity because they are forgotten.

Cheers and thanks for reading.