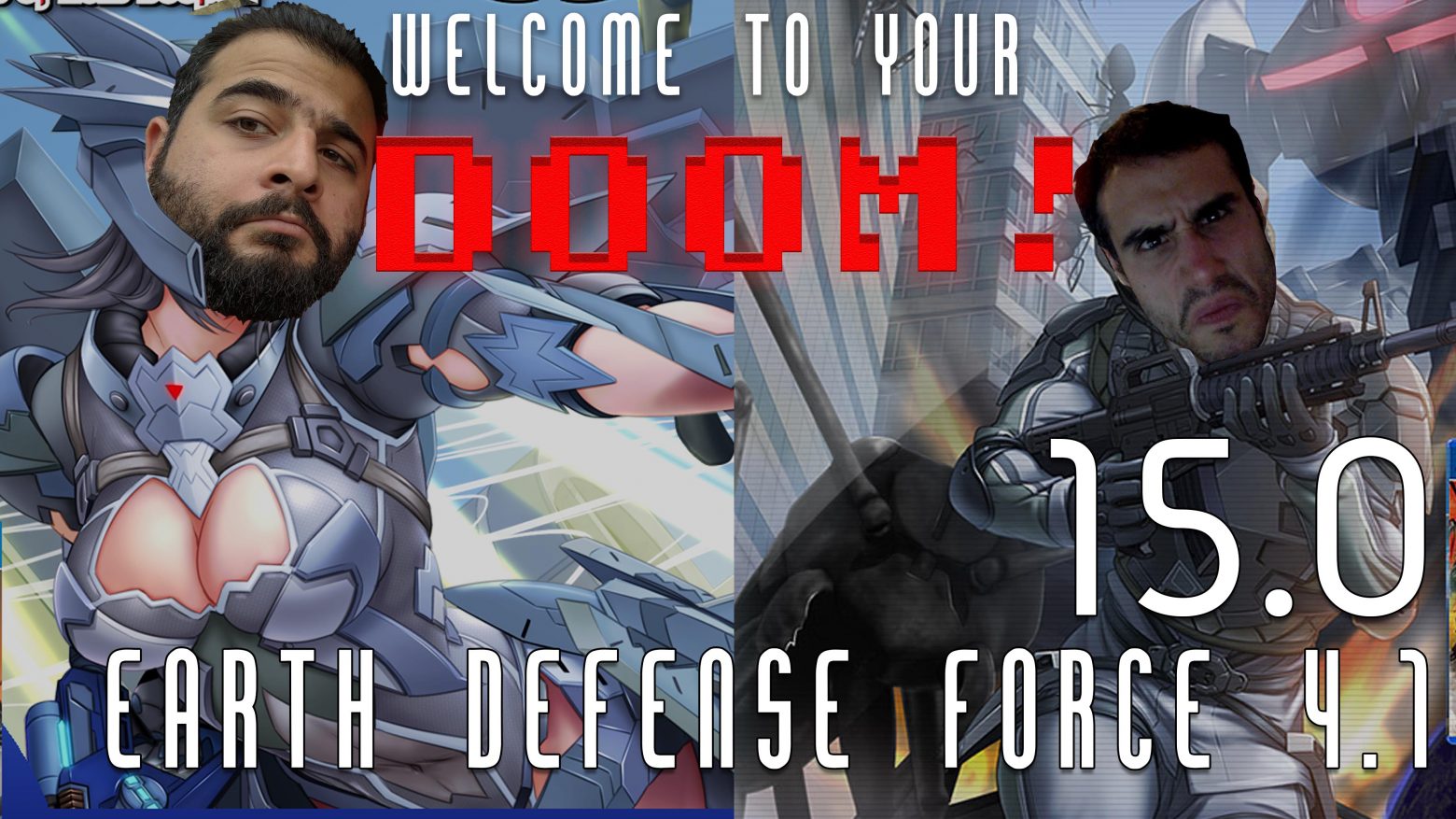 The harbingers take on Ants, Spiders, Dragons, Robots, Spaceships, and variable frame rates in Earth Defense Force 4.1: The Shadow of New Despair. This 3rd person shooter developed by Sandlot was originally released on the Playstation 3 and Xbox 360. EDF 4.1 is the port to the PS4 and that is the version we play during this episode.

The game boasts an extremely impressive roster of characters, weapons, enemy types and levels that allows for an extremely high level of replayability. The sheer scale of the maps, enemy hordes, destructible environments, and all around madness make it a very unique game. EDF is not the cleanest looking game but much like the NPC characters in the game, sacrifices must be made. The lower quality in graphics allows the game to render massive amounts of information that other games simply can’t support while looking pretty. The game can literally render 100’s of enemies at a map-wide draw distance!

Earth Defense Force is not simply quantity over quality as a result of the lower resolution renderings. EDF delivers quality through the gameplay mechanics and the amount of freedom it affords the player. Players will play as the Ranger, the steely and versatile soldier; the Wing Diver, goddess of victory and ariel expert; the Air Raider, all-terrain support specialist; or the Fencer, powerframe powerhouse. The dynamics of each character vary widely across classes, making each playthrough wildly unique.

Earth Defense Force 4.1: The Shadow of New Despair is available on the PS Network for an extremely reasonable price. In conclusion, we hope you enjoy the hell out of the game. EDF!  EDF!