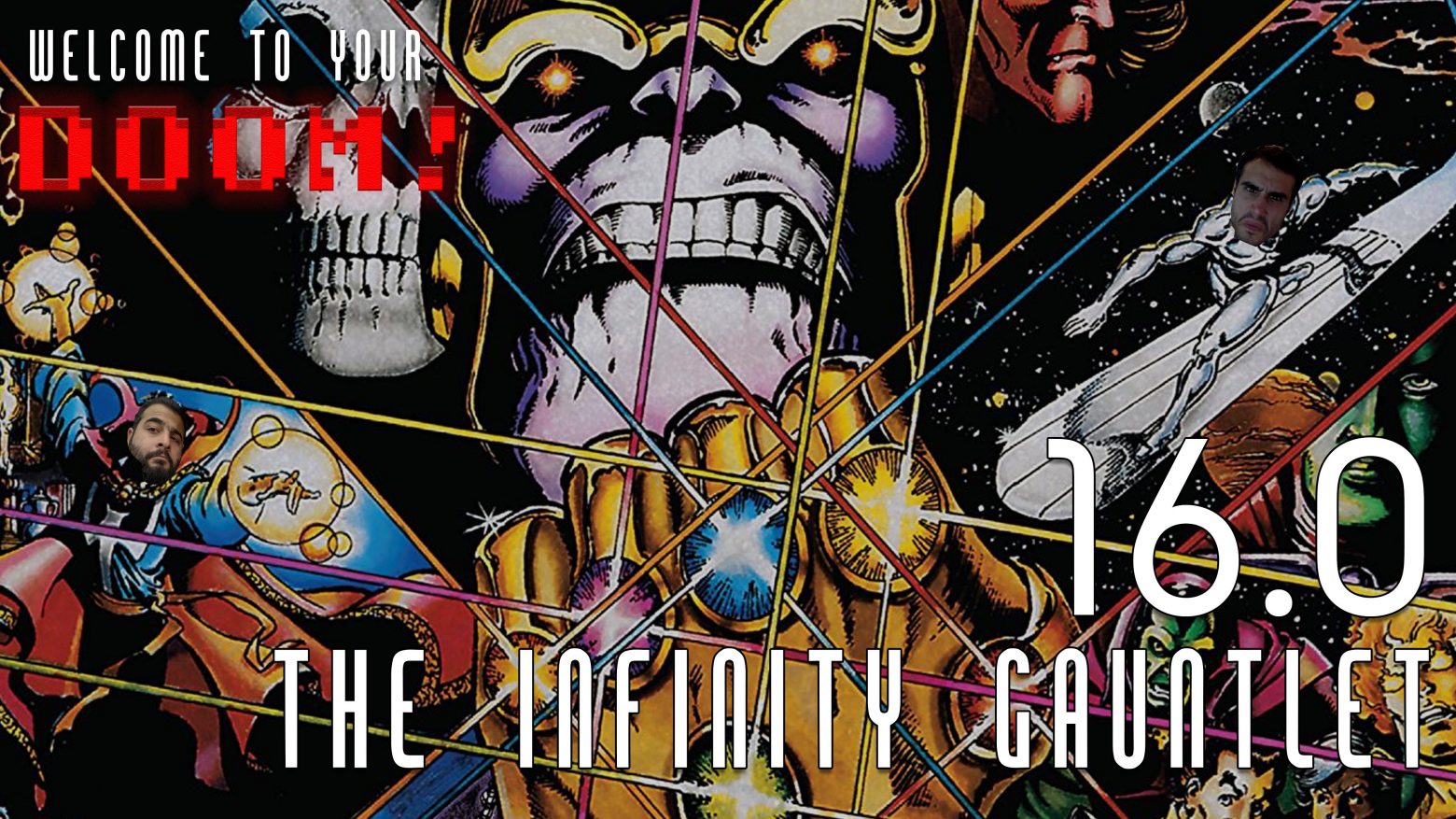 The harbingers have returned (finally…) to take a crack at the inspiration of culmination of the Marvel Cinematic Universe, The Infinity Gauntlet.

This 6 part comic series was written by Jim Starlin and pencilled by George Pérez and Ron Lim in 1991. It was Thanos’ 3rd and most successful crack at obtaining ultimate power. Thanos is also extremely motivated to woo the mistress Death, the love of his life, by eradicating life from the known universe.

This series brought together Marvel Comics’ most prominent heroes and cosmic beings to deal with the existential threat of Thanos. With the 6 infinity stones, The Mad Titan is able to reform the the entire universe in any image he deems amusing. What’s worse, he’s got the motivations of a prepubescent teenage boy trying to score at his junior prom. So, in a word, he’s volatile.

Adam Warlock, Doctor Strange, the Silver Surfer, and the leftover earthbound heroes band together. Though completely overmatched, the heroes (and Doctor Doom…) give their all for the good of the universe.

The Infinity Gauntlet provides a unique look at these characters in a cosmic setting. These beings are omnipotent but still manage to be relatable. The characters have their quirks that ground them and keep them interesting.

So please enjoy the episode, and stay tuned for episodes in the near future regarding the Infinity War: Part 1!