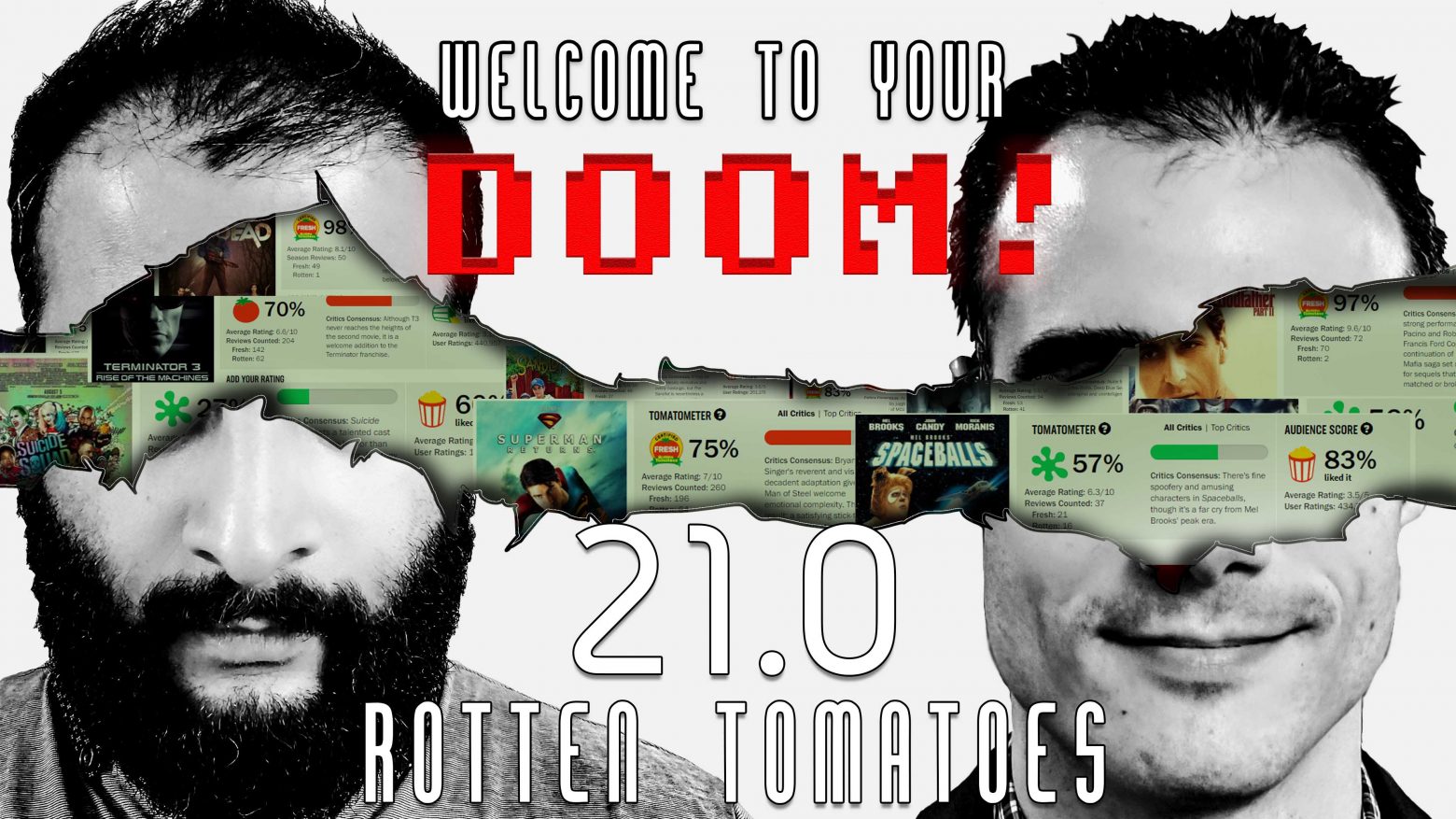 Is there a world where Deep Blue Sea is considered better than The Godfather 2? Doubtful, but Rotten Tomatoes provides potential audience members a method to quickly “evaluate” that statement.

Atul and Justin discuss the film review aggregation website Rotten Tomatoes and its impact on movies. “Movies” means the movie industry, theaters, VOD, blu-ray, streaming, and even your own personal thoughts on films. If a person must decide on watching a film or series, Rotten Tomatoes is a factor.

People leverage Rotten Tomatoes to determine if they should see a film and marketing campaigns leverage it to promote their “fresh” film. People leverage it to recommend a film to their friends and some people use it to protest recommendations. However you use the website, it’s clear that it has become a staple in deterring or encouraging the viewing of a film or series.

Sure, a pretty extreme statement, but an important one. Rotten Tomatoes can deter people from watching a film they may have really enjoyed.

Lets face it, not every film is The Godfather 2 (…or Deep Blue Sea), but there is an audience for every movie. If a movie sounds interesting but has a low RT score that might not mean it doesn’t deserve your time. Let your own interests guide you!

What’s in a Score?

Do you have films you consider guilty pleasures? Films you love but Rotten Tomatoes has deemed them rotten? Well don’t fret, we have those too. In fact, this is a list of films the harbingers quite enjoy, despite their low scores.

Are any of those films in your list? Hit us up in the comments.