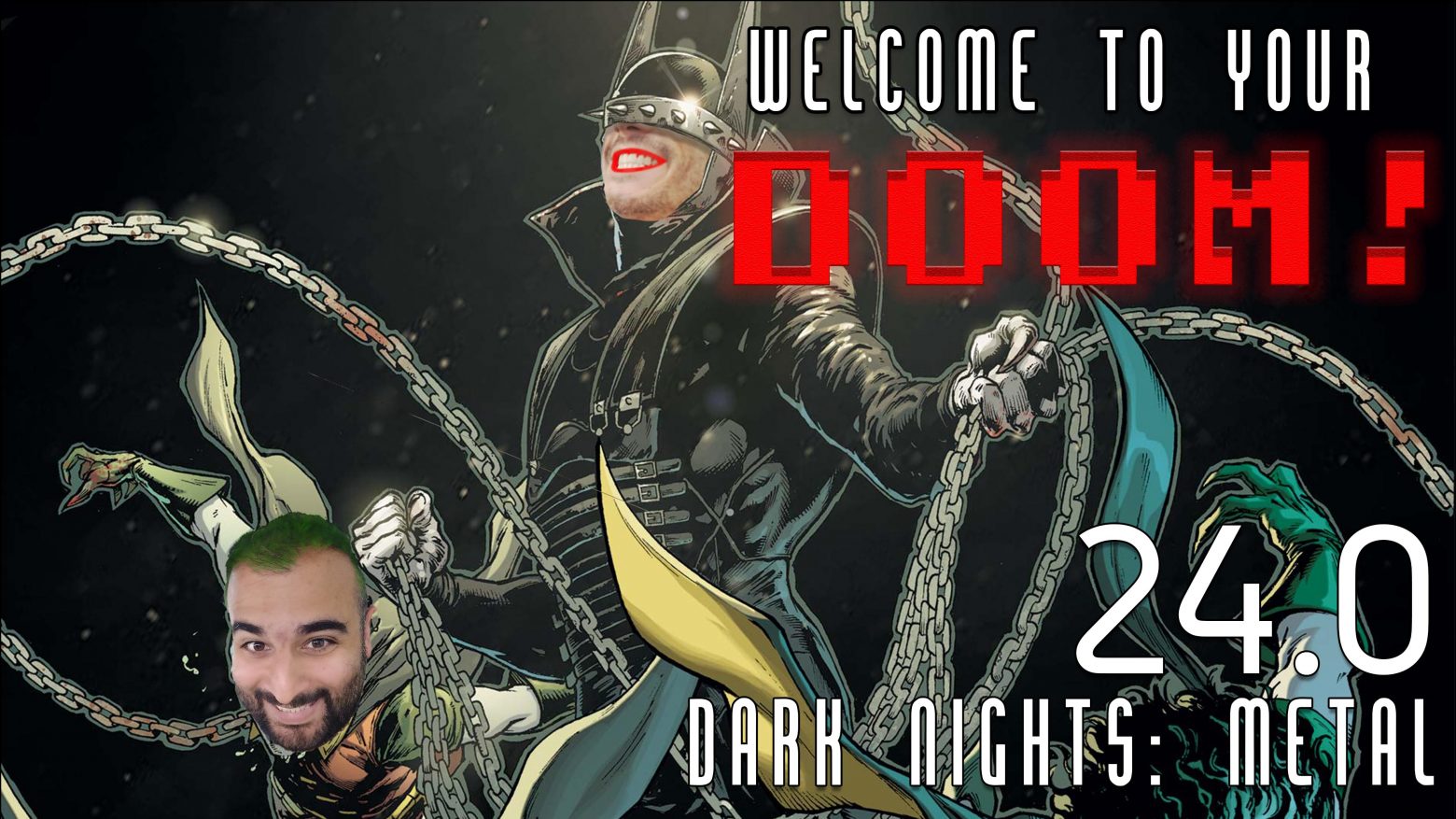 Dark Nights: Metal catalogs the story of Batman investigating the mystery of strange metals on Earth. As a result, he uncovers a conspiracy and unwillingly allows the entity Barbatos to enter their world, along with his legion of nightmare Batmen. The heroes of Earth must work together to prevent this threat from destroying their world, and descending the multiverse into darkness.

Despite the Dark Nights: Metal arc not being cohesive, the one shot tie-in issues are fantastic. Each book details exactly what caused the batman of this elseworld to become evil counterparts of batman and another league member. They are small and self contained stories that are very interesting and, for the most part, well illustrated.

At the time of recording, SDCC had just started and DC had released the hyper-violent Titans trailer. The harbingers discuss this new take on the Teen Titans, and if we like the direction.

We incorrectly name one of the evil Batmen “The Death Machine”. The name is actually “The Murder Machine” which is better. But is it really better than Justin’s original screw up, “The Mean Machine”?