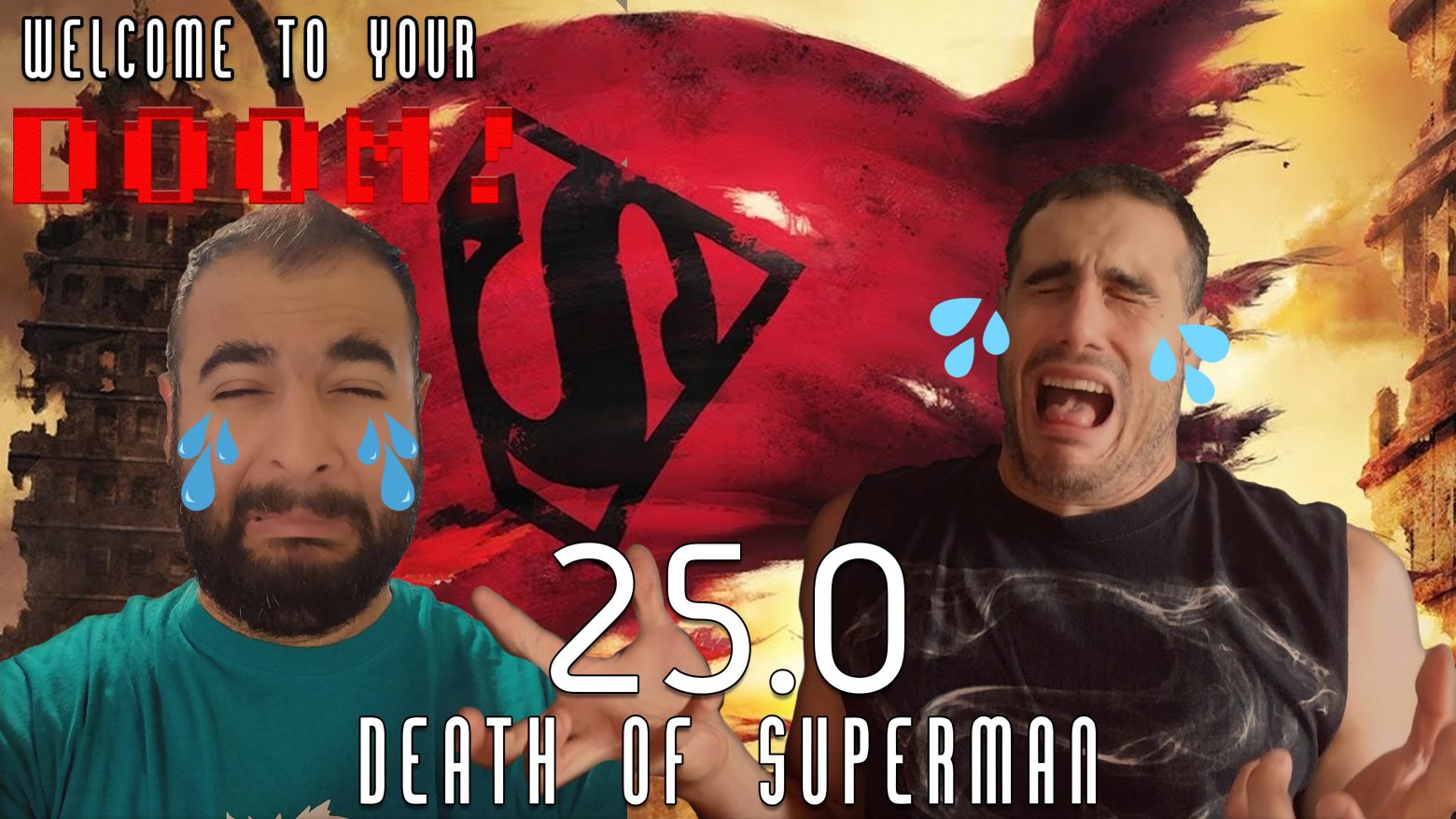 Episode 25 – The Death of Superman

Atul, Justin, and special guest star Mike discuss the latest DC Animated Universe film The Death of Superman. The film is an adaptation of the comic arc from 1993 of the same name. The book introduced the character Doomsday, a bone ridden version of the hulk. Superman and Doomsday war throughout several cities, culminating the final (?) encounter in Metropolis. The books were one of DC’s most successful selling runs. But does the film do it justice?

Given the source materials short length, the film The Death of Superman is a tight adaptation at 81 minutes. The pacing of the film is great, and it’s a good addition to the DCAU. This film will be followed up with The Reign of the Supermen which catalogs Superman’s eventual return.

DC’s animated adventures are consistently at a high quality, and this film is no different. The animation and fight choreography are top notch in The Death of Superman, and many of their other films. If you have not been keeping track of their films,  you definitely should. They are always short films (80 to 90 minutes) and pack in enough action and character moments to keep the viewer entertained.

Note that some of the films are not necessarily for children. For instance, Suicide Squad: Hell to Pay is absolutely NOT a movie to watch with little ones.