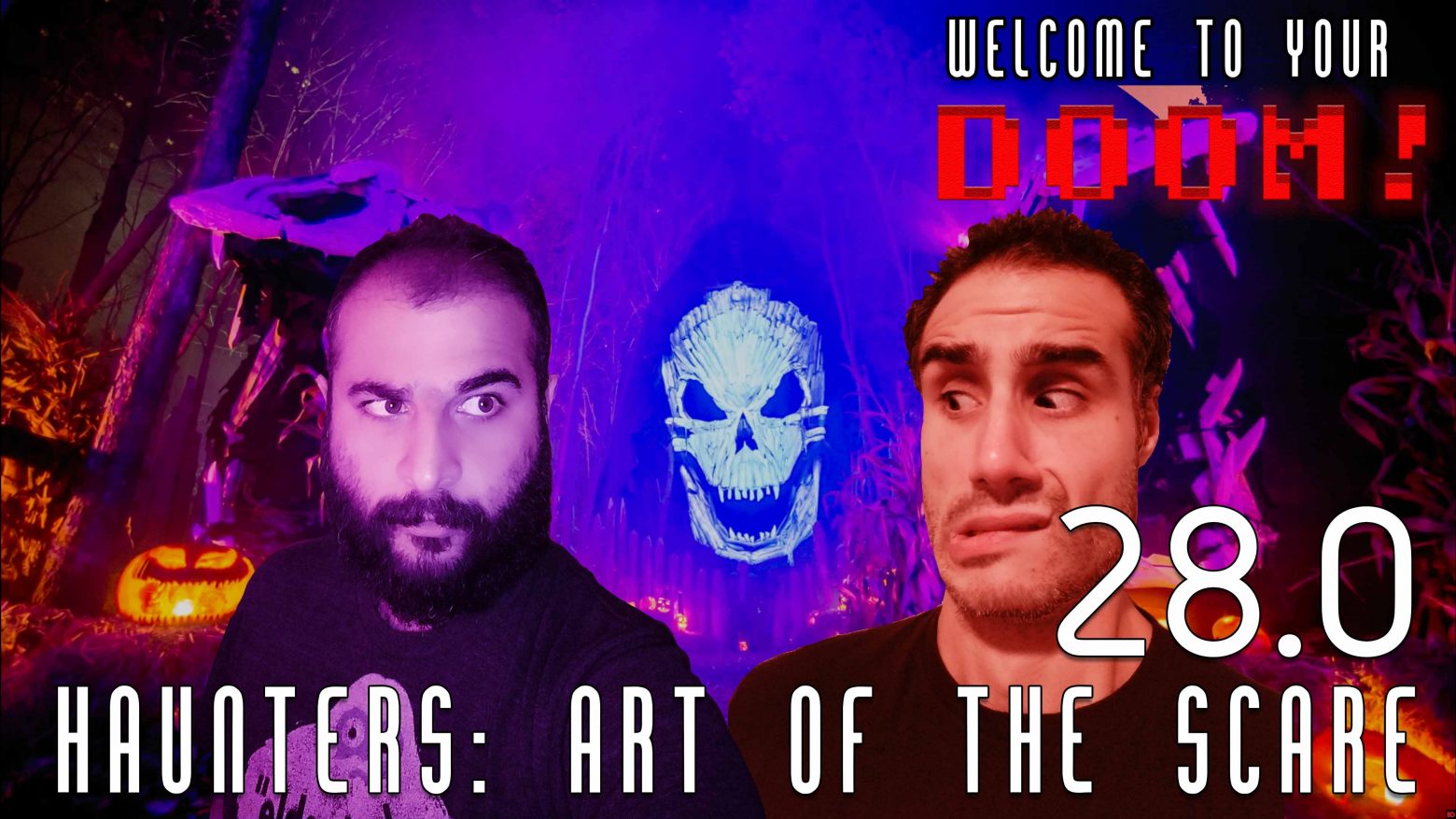 Episode 28 – Haunters: The Art of the Scare

Hey folks! We here at the Welcome To Your Doom Show hope you thoroughly enjoyed your halloween fun this year. Atul and Justin celebrated getting their respective houses all spookified for the small legion of trick-or-treaters that came by.

Justin’s home was a more low-tech type of approach than Atul’s. Some cobwebs, a couple pumpkins, gravestones, and a powerful red flood that bathed the house in crimson. There was still one thing missing though. The Shape. Michael Myers. The boogeyman. Justin grabbed his coveralls and mask, and stood idle on his porch daring trick-or-treaters to come ask for a treat.

He doesn’t do jump scares, but when a 6’1″ silent figure looms over you, it tends to get tense.

The integration of technology (speakers, projectors, chromecasts, and Plex) and an eye for the perfect halloween atmosphere created a living, breathing halloween experience for the kids that came to his door.

Haunters: The Art of the Scare

In the spirit of Halloween, Atul and Justin went to The Legends of Horror event at Casa Loma. A large scale classic halloween haunt that takes patrons through a maze of the Castle’s exterior and interior for a grand experience.

This event reminded both of the harbingers of a film Atul talked about in Episode 8.1. The film Haunters: The Art of the Scare debuted at Fantastic Fest in 2017. Directed by Jon Schnitzer, Haunters is an analysis of the immersive world of Halloween Haunts. Events that take you on a scary journey to provoke feelings of dread. The haunts outlined in the film offer varied experiences, and the film’s unbiased coverage is an excellent look into that world. Both from a creator’s perspective, as well as those who want to experience the haunts.

Haunters is available on Netflix now, and you can check out their website for more info, merch, and other goodies. Go to hauntersmovie.com to check it out.

What Are We Drinking?

For this episode we snagged some craft beers from People’s Pint in Toronto. They have a vast selection of different types of beers for all lovers of liquid bread (think about it…). Highly recommend checking their selection out. You can visit their website at peoplespint.com. We were drinking their lager Helles Island, a chai brewed stout called Chai Fighter, and their Diamond Park Mild.