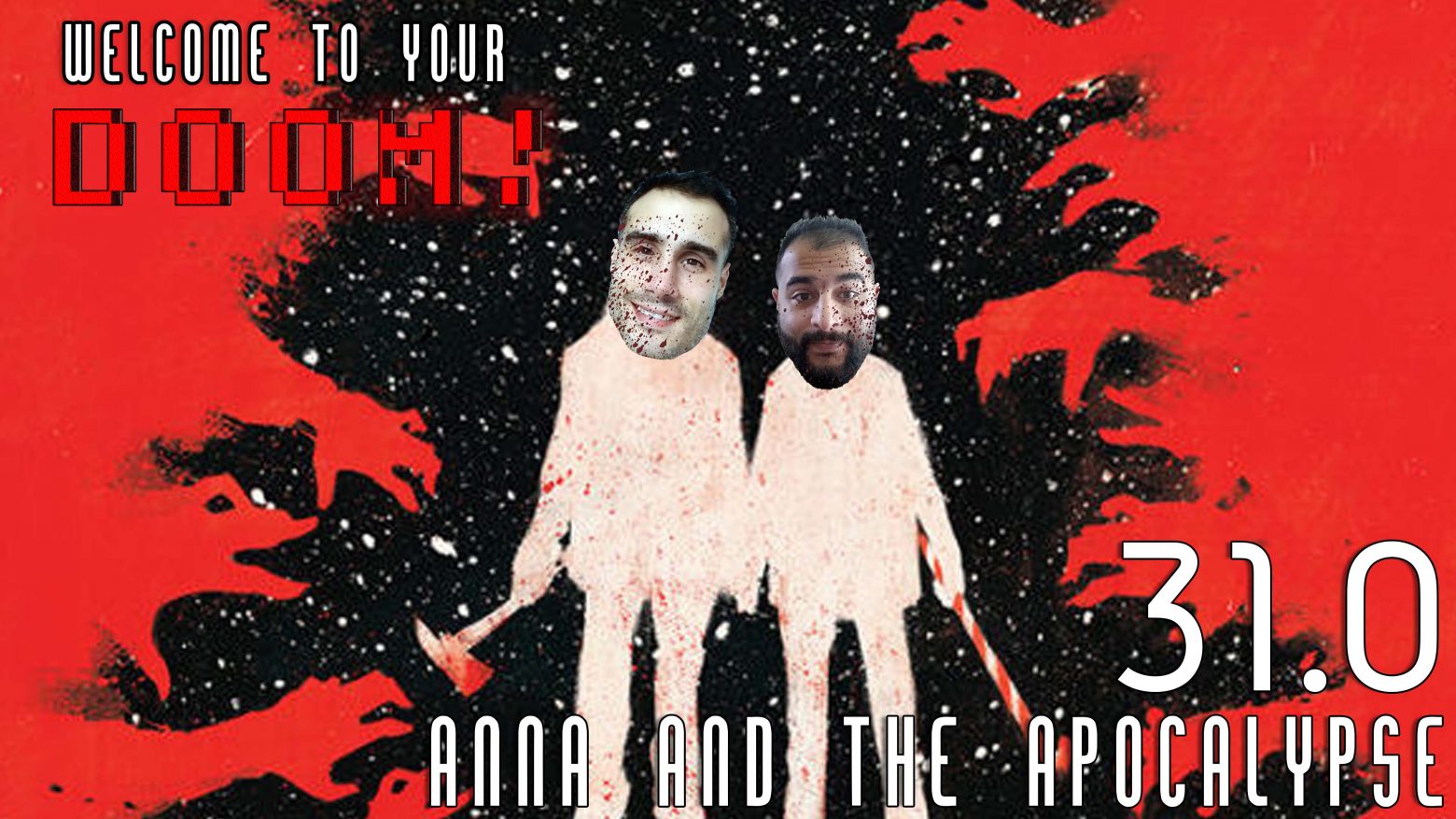 Episode 31 – Anna and the Apocalypse

“Tis the Season To Be Zombie”

Back in 2017, the harbingers reported on Atul’s experience at Fantastic Fest and a certain Christmas-zombie-musical was among his favorites. That film was Anna and the Apocalypse and since then it has been picked up by Orion Pictures for Distribution! This delightful film features the walking dead, charming performances, and excellent musical numbers.

Anna and the Apocalypse is based on a short film by Ryan McHenry which won a BAFTA award in 2010. McHenry and Alan McDonald then developed the screenplay for the feature, however McHenry tragically passed away before the film could begin shooting. Director John McPhail stepped in for the late McHenry and did a fantastic job with the direction of the film.

Atul, and his lovely wife, hung out at the Alamo Drafthouse with McPhail and some of the cast. McPhail showed up to the premiere in a sweet Green Lantern shirt, so it was certainly fate that Atul and McPhail would be sharing a pint or two at the bar.

Speaking of unconventional takes on festive classics, Atul also mentioned a holiday short featuring the Predator that will debut on Comedy Central with Bojack Horseman on December 19th, 2018. You can catch Bojack Horseman at 10:30p and the short will air during that time.