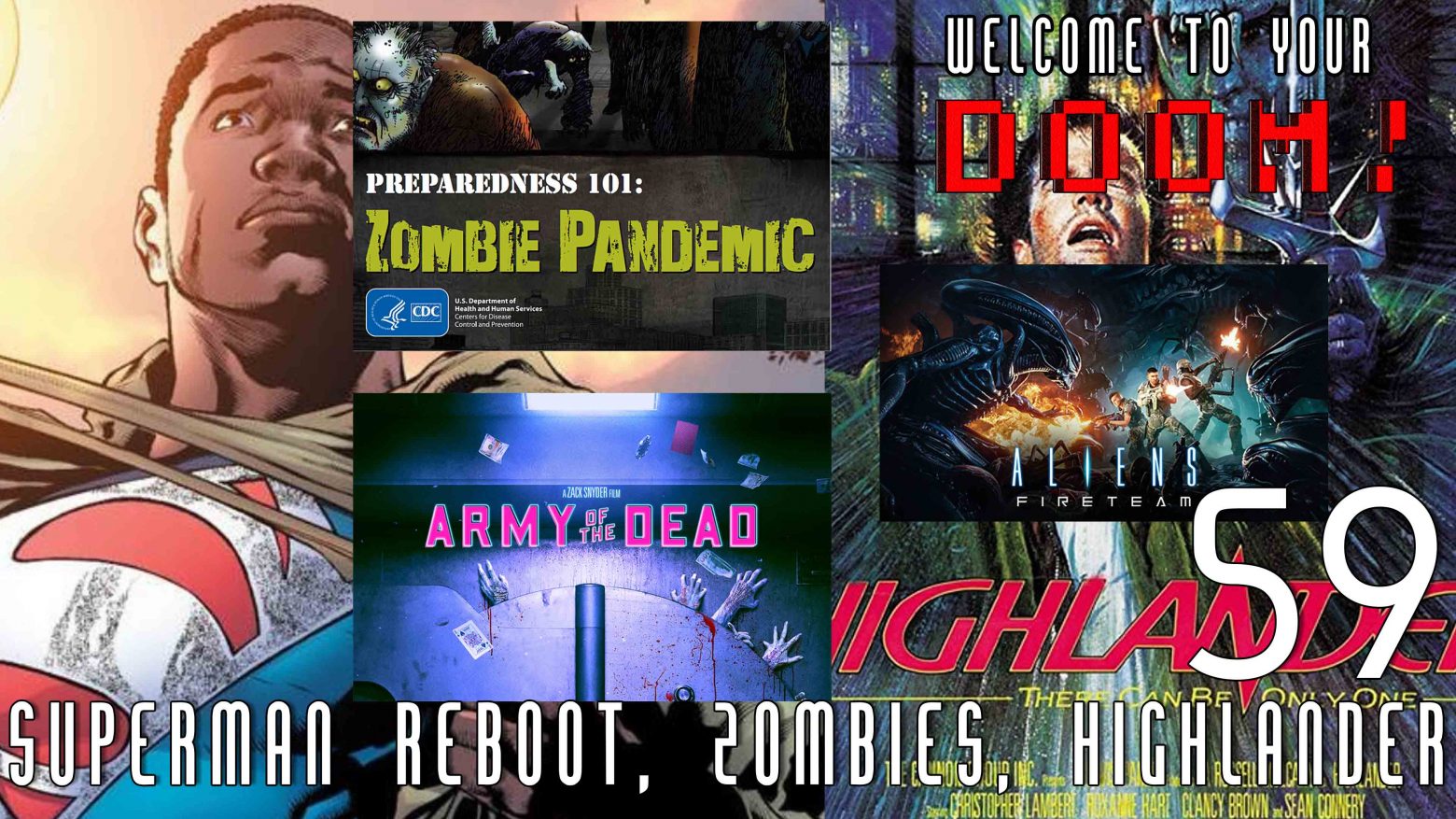 Who would have thought a moustache would be the Man of Steel’s downfall? Ok, probably not actually the cause but it looks a Superman reboot by J.J. Abrams is in the works. Can we please get someone else to reboot sci-fi franchises please? Anyone else you can think of that would be better suited to helm a Superman reboot?

We also discuss more than a few other topics in this episode. We give some random musings on Highlander, Army of the Dead, and on the gaming side discuss Aliens: Fireteam.

One other notable shout out is a new short film by Bat in the Sun is dropping on 3/10/2021 titled Dying is Easy. It is a short Batman film made by Aaron Schoenke and the rest of the folks at Bat in the Sun that features the great Kevin Porter donning the cowl of the Dark Knight. Schoenke is wearing multiple hats for this effort including editing, directing, but also reprises his role as the Joker. His interpretation of the Joker is a very hearty blend of the comics with a dash of Mark Hamill. The film looks like it is going to be great so be sure to check out their YouTube. And check them out on Patreon if you’d like to support them directly.