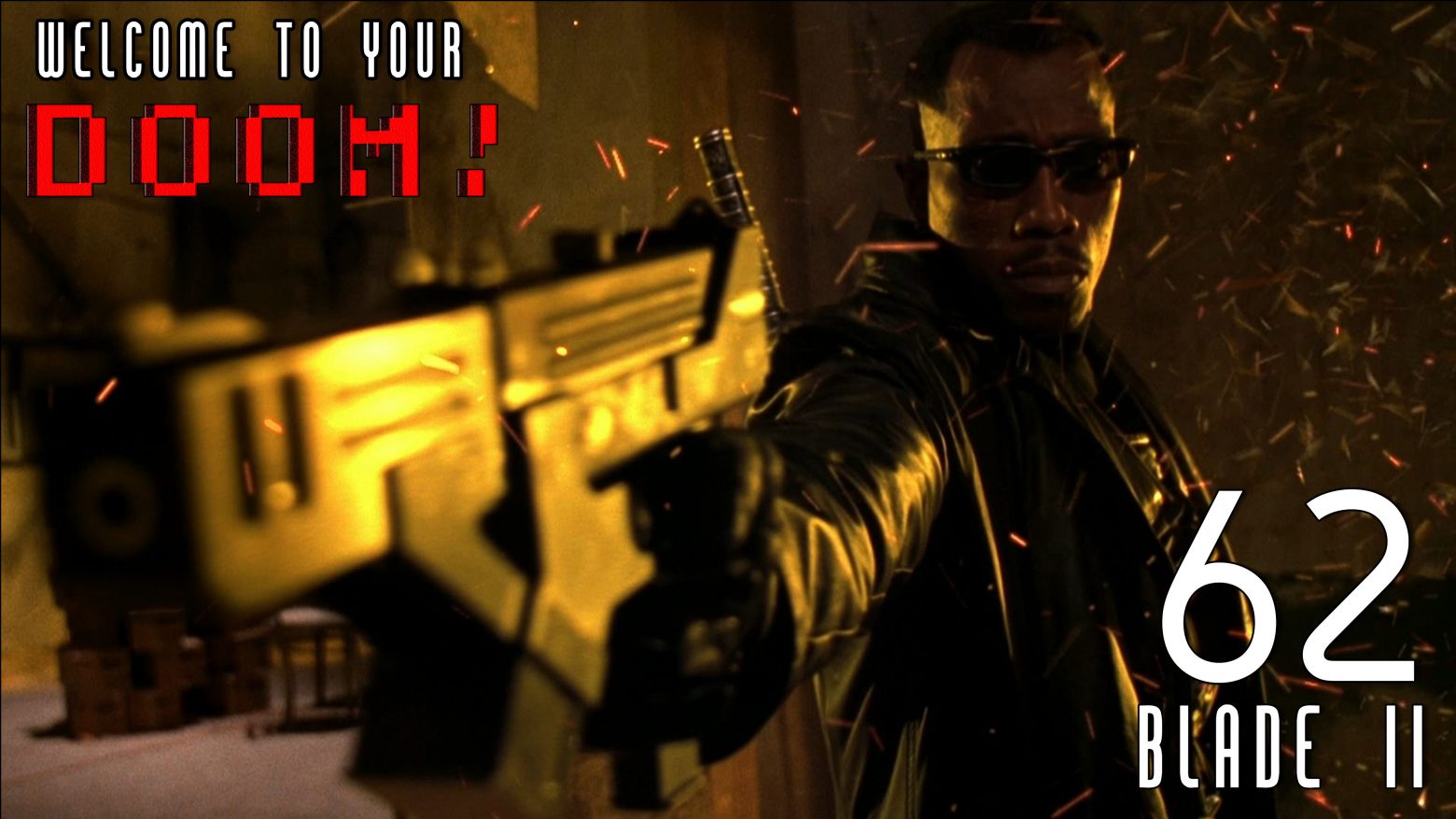 Blade 2, directed by Guillermo Del Toro, is the continuation of the day walker’s story. Where the first film was a relatively grounded story (or at least as grounded as a vampire/vampire hunter story can be) this film dials the scope up to 11.

Atul, Justin, and special guest Antoine continue the Blade series retrospective with Blade 2. A film that everyone loves, but is by no means a perfect film. The harbingers jump in to what they love about this film, a slew of the plot holes, interesting dialog choices, and fashion choices. Overall, this film manages to stand up to the original while not feeling like anything is being rehashed. Blade 2 touches on what made us all love the first film, and introduces ideas that manage to excite. Though, Blade Trinity added new concepts too, and feels different, but not in a good way. More to come on that one soon…

Also, if you haven’t already, be sure to check out our first episode in the Blade retrospective series.