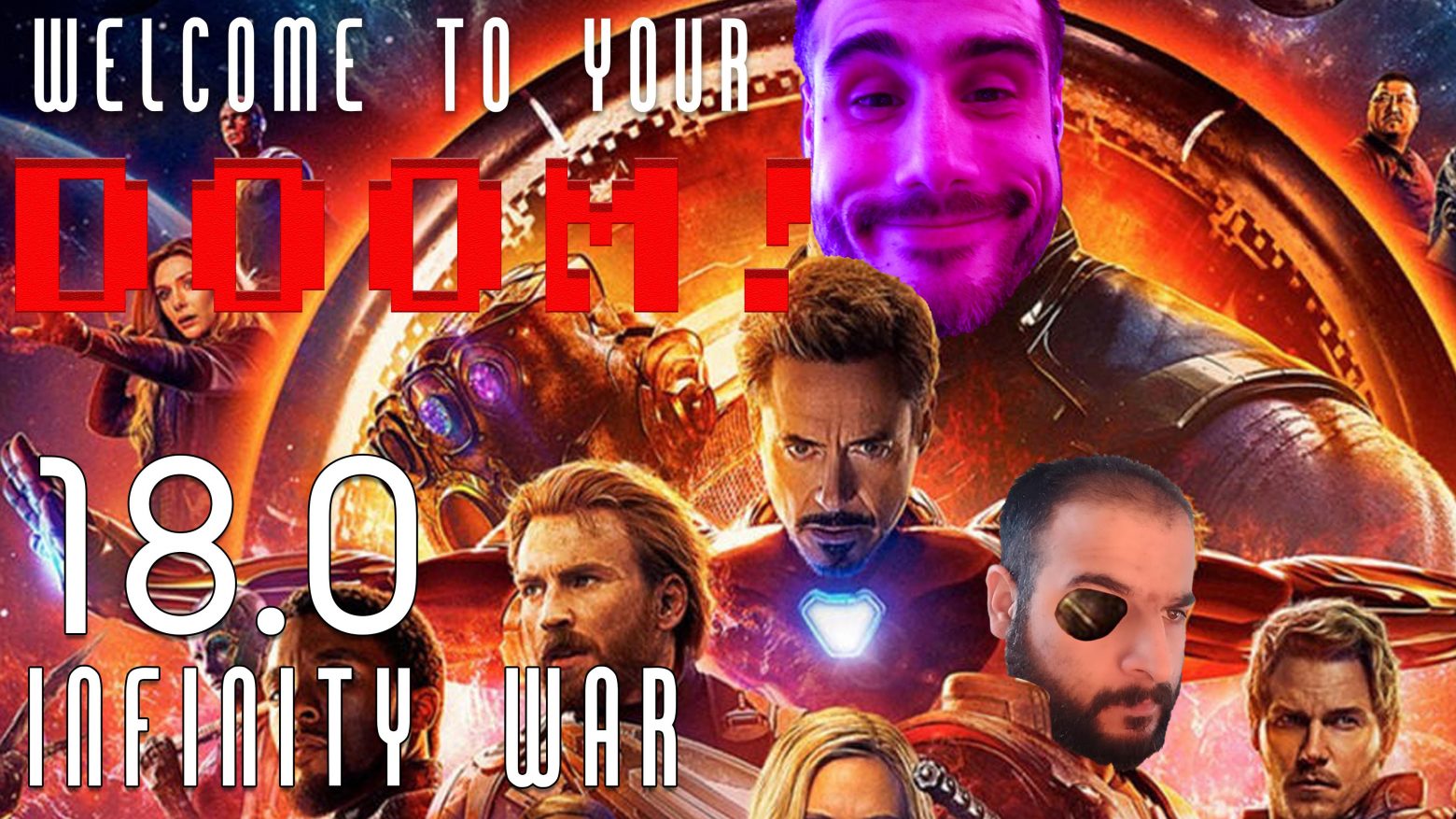 Atul and Justin take on the superhero epic Avengers: Infinity War. The latest film from Marvel Studios assembles the largest ensemble yet to take on the mad titan Thanos. Since the cinematic introduction of Thanos in 2012’s The Avengers, each film has built toward this event. The threat of Thanos is so wide reaching in the universe it will take a combined effort from all of earth’s mightiest heroes to stop Thanos and his cronies from eliminating have the populace across the cosmos.

The film had clear inspirations from the Infinity Gauntlet comic series from 1991. You can see our take on the series in Episode 16. You can also check out Episode 17 to hear our predictions for the film and whether our guesses made it into Infinity War.

Avengers: Infinity War is directed by the Russo Brothers, Joe and Anthony. Infinity War is the pair’s 6th film and the 4th for Marvel Studios. Their in-depth knowledge of the Marvel Studios characters and franchises is clearly on display in this film. They manage to fit several interesting subplots into this 2 hour and 40 minute film that seamlessly integrate with one another. Every character, for the most part, is given an interesting and meaningful task to do. The film does not erratically jump from story to story, but provides a singular focus until there is a logical breaking point to move to another set of characters. This results in a balanced film that keeps the audience engaged throughout it’s runtime. The Russo Brothers are slated to direct the second entry in the cinematic take on the Infinity War.

We certainly recommend watching the movie in Imax. They used Imax 2D cameras to film Infinity War and, according to Atul, the presentation is simply gorgeous. We do not recommend viewing the film in 3D. The extra dimension does not add to the experience at all. In fact there are at least a few instances of poor 3D and ghosting on some of the characters.

We hope you enjoy the episode. Thanks for listening, watching, and supporting the show.