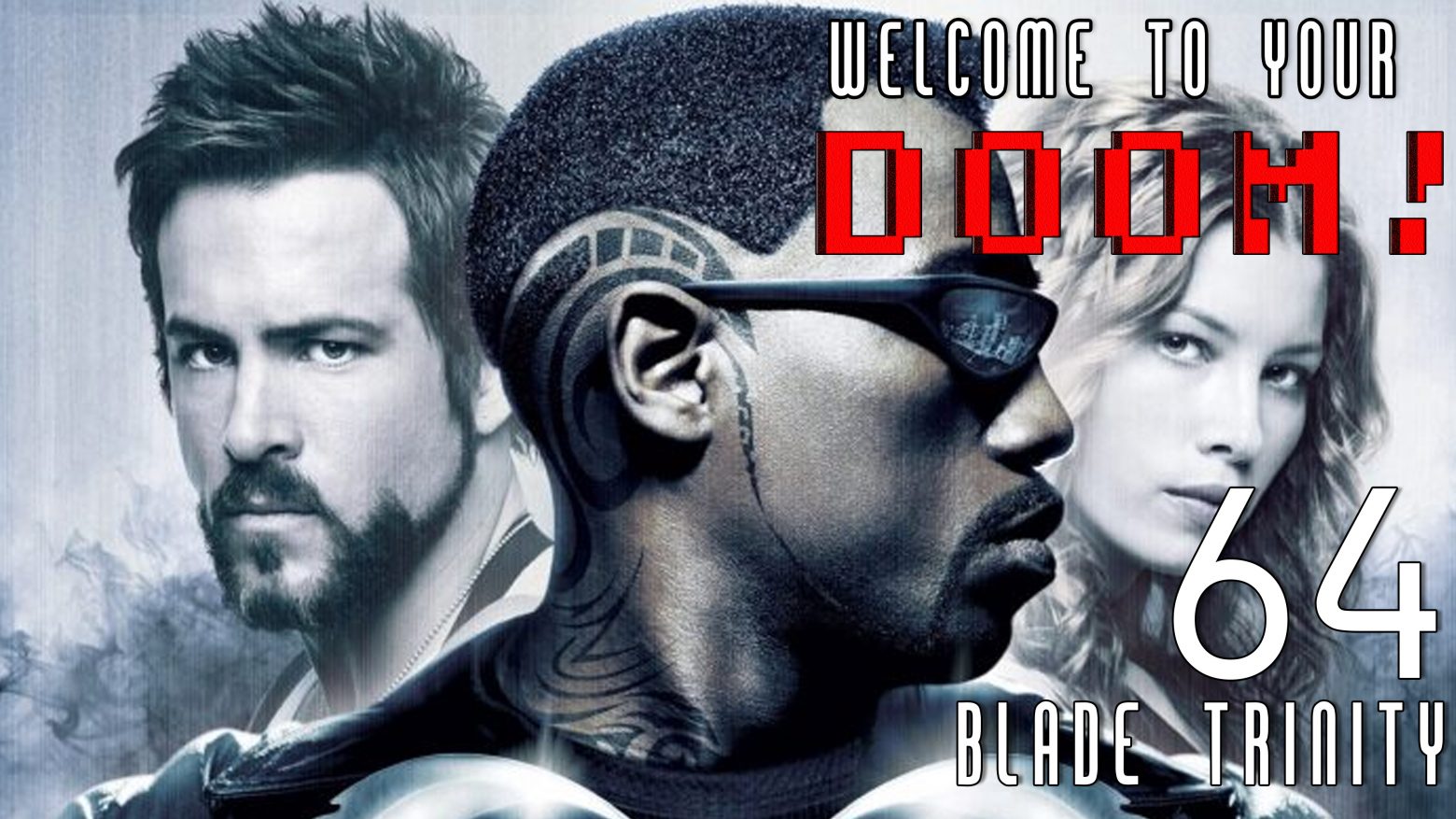 Blade Trinity is the conclusion of our 3 part retrospective for the Blade trilogy. It’s been a fun ride, but all good things must come to an end. Sadly, this series of film also had to conclude with this steaming pile of shit. Blade Trinity, certainly isn’t a great movie, but the real question is “does it have any redeeming qualities?”

We jump right into this film and it’s evident it is very different from the previous installments. The tone is different, the pacing is different, hell, the main character is different. Blade Trinity suffers from a clear lack of direction. The film has a famously tumultuous production with legendary stories being told by the likes of Patton Oswalt. It doesn’t quite feel like a Blade film, and to some degree it wasn’t intended to be. The film seems to be intended to be a vessel for a Night Stalkers spin off starring Jessica Biel and Ryan Reynolds.

Sadly, though the film was a moderate financial success grossing 132 million worldwide on a 65 million dollar budget, it was never deemed essential to move forward with a sequel. Are audiences tired of Blade? Were the films too difficult to get off the ground? Was Blade in jail for tax evasion? Who knows, but after Trinity, I think we can all be glad we didn’t get a fourth.

Thanks for checking us out. We hope you enjoy the episode, and if you haven’t checked out our previous episodes on the Blade serious, you can check out our Blade Episode, or our episode on Blade II.